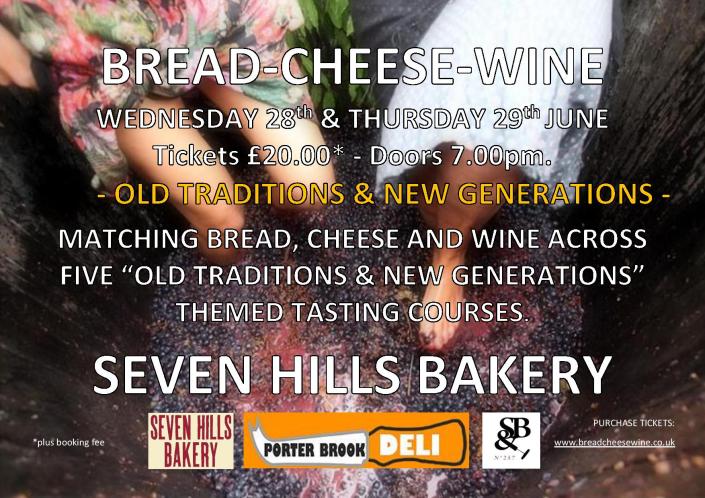 While Stilton is one of Britain’s best known cheeses, it is only made by six producers. Colston Bassett is one of the smallest.

It has been made here since 1913 and during this time, there have only been four cheesemakers: now it is Billy Kevan. The curds are hand-ladled, a time-consuming and painstaking process, but one that helps to preserve the structure of the curd. The resulting cheeses are more buttery in texture than that of mass-produced Stiltons.

Because of customer demand during the BSE scare of 1996, Colston Bassett was advised to use a vegetarian coagulant instead of the animal rennet they had always used. In 2000 Neal’s Yard asked them to produce a Stilton using animal rennet and to be less blue and longer ripened.

This latter change gives the cheese a less pronounced blue flavour, while the animal rennet lends the cheese a richer, more complex, and more long lasting flavour. The sticky pink rind is edible, if you like the taste.

Époisses de Bourgogne is made in Burgundy, France. Originally it was made by the monks of the region from the sixteenth century and is based on an even older recipe. It is a pungent, soft cheese with a washed rind. It is washed in brine and marc de Bourgogne brandy to produce the distinctive orange rind. This also produces almost meaty flavours, pairing well with burgundy wines and Trappist monk beers.

This is only the second batch of this cheese released to retailers. The Trethowan Dairy has produced Gorwydd Caerphilly for  years, but recently decided to develop a new cheese as they now have particularly good milk from their new location in Somerset. They decided to produce a washed rind cheese and they washed it with a local cider brandy.

A ewe’s milk cheese made in the North Leeds suburb of Adel, Yorkshire Pecorino Fresco is just about as local as it gets. This little beauty is perfect for those of you with a fondness for Mediterranean cuisine. It’s made by Mario Olianas, who’s created a delectable 30 day aged pecorino, using his family’s traditional Sardinian recipe.

Only made when the cows are at pasture during the summer months, this cheese is in extremely short supply.  Made to a Gruyère recipe, it has that sweet, supple nuttiness associated with the best Gruyères.

Alastair travelled to Germany to learn his cheese-making trade.  Using this knowledge, and the Dairy Shorthorn’s rich, yellow milk, Alastair makes Summerfield, this Alpine-style cheese.  Gruyère-style cheeses are notoriously difficult to make and cannot be made from silage-fed animals (for technical reasons), so whereas Botton’s Dale End Cheddar can be, and is, made all year round, Summer Field is only made when the cows are out at pasture and thus in very limited supply.  This pasture-grazing gives the cheese its name – Summer Field.

Salento is at the southernmost part of Italy in the heel end.The climate is very dry with hot summers ,welcome relief comes from the onshore breezes which in turn allows the vines to rest. San Marzano is a well established winery producing a wide range of full flavoured red wines in particular. The harvest took place over a two week period in early September. This Primitivo ( Zinfandel in California )is well balanced and a little fresher than previous harvests allowing us to pair with the chosen cheese. The grapes under go a ten day cool maceration in stainless steel tanks to retain the fresher flavours. As the wine opens up the more herbaceous notes appear.

Hommage de Pays Marsanne by Boris Kovac 2013 12.8 (13%)
Situated in the Languedoc near Minervois 30 minutes to the East of Carcasonne the soils vary with sandy top soils lower levels of limestone and dense rock. This comes over in the wines of the region allowing a huge diversity of grapes and styles. This wine has a small amount of Riesling which keeps the wine fresh and layers of fruit appear. on the palate. A long fermentation at a low temperature occurs in epoxy lined concrete tanks. The wine spends two months ageing on the lees which gives a light creamy feel. Lovely zesty citrus notes keep the fruit keen. Boris Kovac hails from Serbia and was discovered by our supplier in 2008 while travelling through vineyards in the region. They got on so well that we now feature at least six wines from Boris !

Cremant de Bourgogne Blancs de Blancs Mancey
This wine is made close to the town of Macon in Burgundy using mainly Chardonnay grapes for elegance and some Aligote to keep the acidity high and wine fresh to the core.Appley notes throughout the long mousse on the palate. The grapes are only pressed lightly to use the best juice .The wine is made in the traditional method as in the Champagne region to the north.After the first fermentation in large vats the wine is bottled and left to rest in the cellars for 18 to 24 months before the bottles are. The next process is called Remuage as the bottles are gradually up-ended which takes several weeks. The deposit is then removed (disgoring) and bottles are sealed for the next journey. Mancey belong to a group of twenty Vignerons who want to concentrate on the farming and wine making and let the BVV run their business side.

Bourgogne Rouge Michel Magnien 2012 Organically farmed.
This is very traditionally made by organic farming methods .Using Pinot Noir grapes from the families own vineyards near Morey Saint Denis. Michel learned his trade from his father Bernard who let him have his own four hectares when he was just a teenager. Now he runs the vineyards with his wife Dominique who are both passionate about tending the vines from root to grape. This is a lovely complex Pinot displaying savoury fruits as well as deep cherry notes. The oak is restrained after a period in large French barrels used year on year. Pinot is one of the hardest vines to tend !

Feuerheed’s Fine Tawny Port 19.5%
The families of Barros and Van Zeller joined forces to make these Port wines made in the Douro Valley and aged in Vila de Gaia on the banks of the Douro river. This wine is made from five of the main Port grapes,Touriga Nacional,Touriga Franca,Touriga Roriz,Tinta Barocca ,Tinta Cao.The Tawny gets it’s colour from a short period in small barrels none as pipes .The grapes are whole bunch pressed and soaked to extract some of the colour from the skins. A slow two day fermentation ensues to keep the fresher flavours. This Port has savoury notes and slightly less sweetness than some of the richer styles. 1